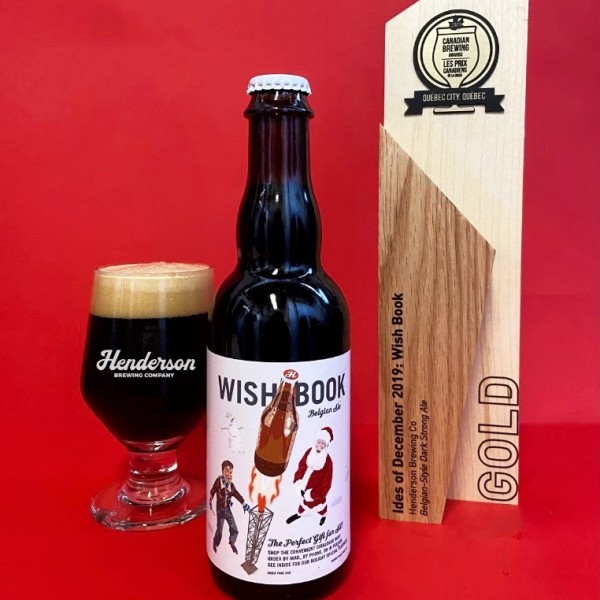 TORONTO, ON – Henderson Brewing has announced return of a limited edition strong ale that was awarded a gold medal at the 2021 Canadian Brewing Awards this past weekend.

Wishbook Belgian Ale (9.4% abv) was originally available as the December 2019 release in the monthly limited edition Ides Series, and is described as follows:

Notes of sweet malt, earthy cocoa, spicy cinnamon, stone fruit and a moderate bitterness all contribute to make this beer perfect for a brisk, Fall evening. And the best part? It only gets better with age!