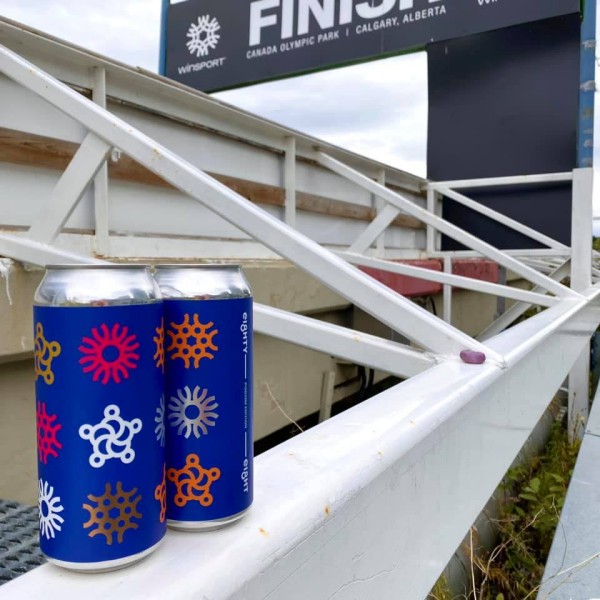 CALGARY, AB – Eighty-Eight Brewing has announced the release of a new beer to support local athletes Ryan Sommer, Tyson Langelaar, and Micah Zandee-Hart in their journey to the 2022 Winter Olympics.

Hydration Station is a light bodied Hazy Pale Ale that is made to quench, hydrate, and improve performance! Errrr, ok, we can’t actually promise those last two, but worth a try right? For this beer we leaned into the orange hard, using sweet orange peel, orange puree, and Mandarin Bavaria hops to conjure up those sweet memories of gym class Orange Drink. To balance things out and to provide those much needed electrolytes, a healthy dose of pink Himalayan sea salt was brought to the party. The result is a beautifully sessionable, low bitterness pale that is beaming with orange. Nothing cuts through thirst better!

Hydration Station will be released tomorrow (Friday September 24th) at the Eighty-Eight taproom, with a launch party from 4:00 to 9:00 PM featuring sandwiches from Mixtape YYC, and Sommer, Langelaar, and Zandee-Hart all on hand to celebrate the release.

Proceeds from sales of Hydration Station will go to the three athletes, as well as KidSport Calgary.