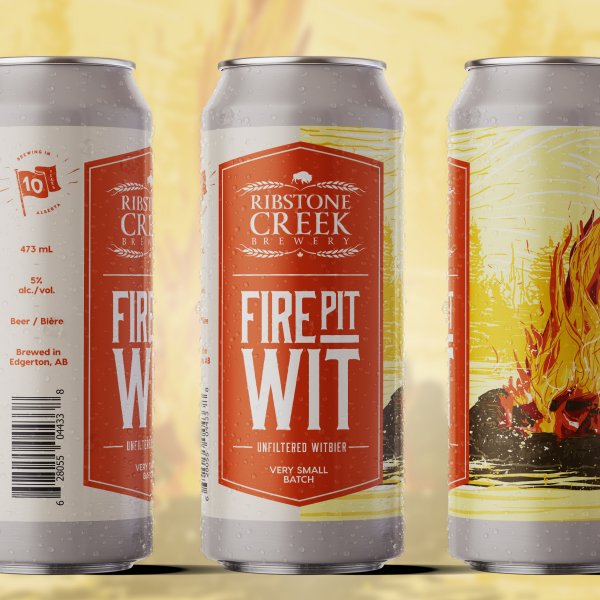 EDGERTON, AB – Ribstone Creek Brewery has announced a return of sorts of “the beer no one has ever tasted” as part of the Very Small Batch series of limited edition beers

This beer came close to being released back in 2014 but it didn’t turn out the way we hoped and had to make the tough decision to pour it down the drain. We started drumming up anticipation way back then and even had the can design ready to go to print, but we just couldn’t release it the way it was. For our 10 year anniversary, we brewed it again and now it is ready to launch! Firepit Wit is perfect for fall with flavours of spiced coriander and orange peel.

Firepit Wit is available now via the Ribstone Creek online shop, and will be in stock at the brewery taproom this weekend. It will also be available starting Friday October 1st at Bountiful Farmers Market in Edmonton.