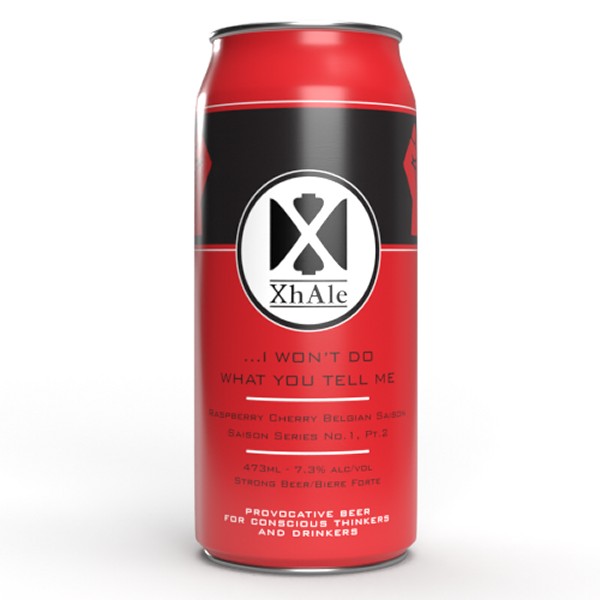 CALGARY, BC – XhAle Brew Co. has announced details of the second release in its Saison Series.

Raspberry & Cherry storm a Belgian saison, upping the ante of Pt. 1 of this series. A tribute to those who have taken a stand. Why? Because, f*^k you, I won’t do what you tell me.

…I Won’t Do What You Tell Me will be available soon at beer retailers throughout Alberta.