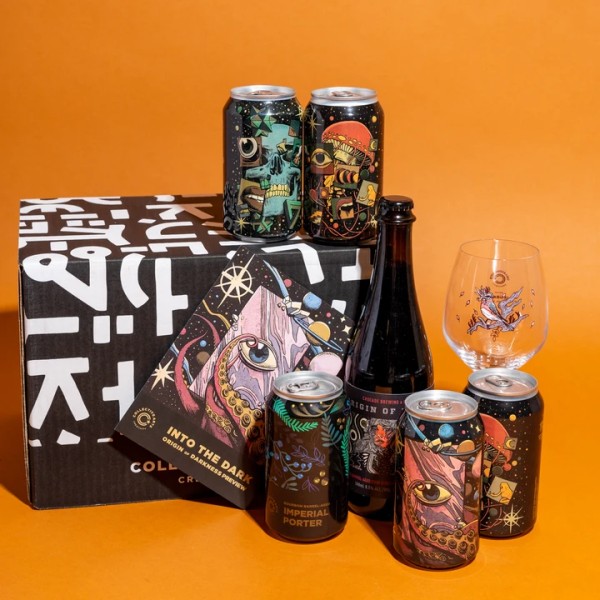 HAMILTON, ON – Collective Arts Brewing has announced details of this year’s editions of its Origin of Darkness series of barrel-aged stouts.

For 2021, Collective Arts once again worked with partner breweries from around the world, and the four main beers in the series are as follows: 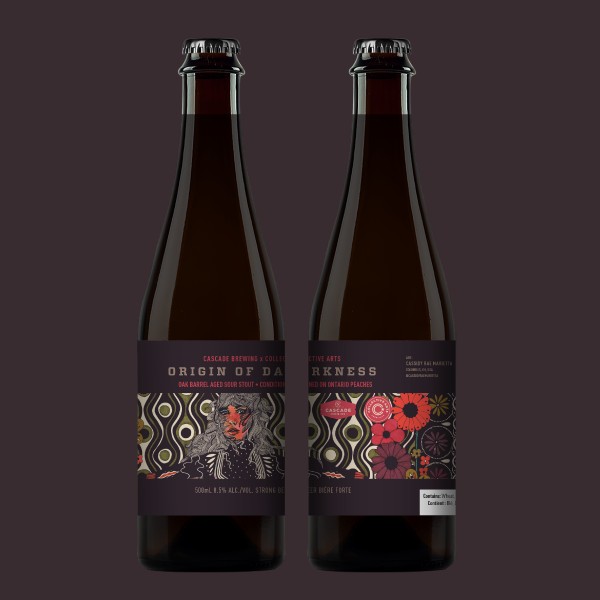 In addition, an extra-special fifth version is being released this year:

This Imperial Sour Stout (8.5% abv), made in collaboration with Cascade Brewing – one of the most renown wild fermentation and barrel aging brewers in the US – was aged in Niagara red wine oak barrels with mixed cultured yeast and bacteria for over a year. We then conditioned it on freshly harvested, locally grown, juicy Niagara peaches. The result is a marriage of dark chocolate and light roast flavours from the stout mixed with juicy peaches, finished with a bright acidity, which complements the body of the stout, without overwhelming it.

A limited edition preview pack featuring all five versions of Origin of Darkness as well as the 2021 vintage of Bourbon Barrel Aged Imperial Porter (11.5% abv) and a branded glass was released yesterday but quickly sold out.

However, individual bottles of the Cascade collaboration are available now at the Collective Arts retail stores and online shop, and 355 ml cans of the other four Origins and the Imperial Porter will be available soon.

Origin of Darkness tasting events will also be taking place on Monday October 4th at the Collective Arts breweries in Hamilton and Toronto. For more details and to book tickets, click the links from the city names above.