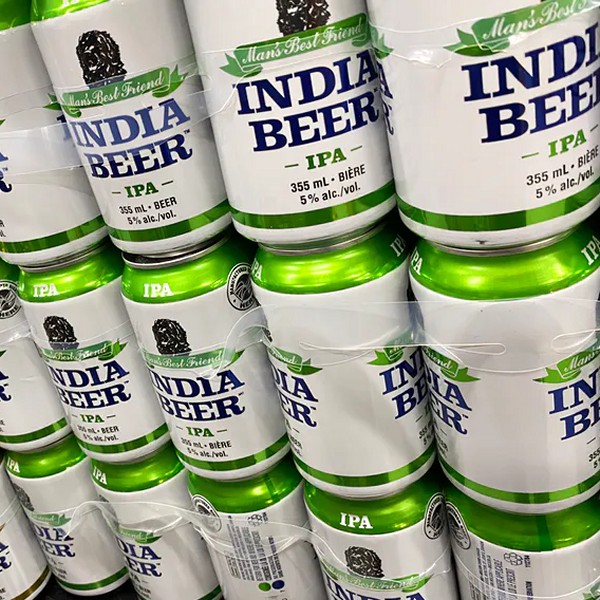 ST. JOHN’S, NL – Molson Coors Beverage Company has announced the release of a new beer that is brewed and available exclusively in Newfoundland and Labrador.

India Beer IPA (5% abv) is a companion for the company’s India Beer Lager, a brand popular in the St. John’s arts and music scene that was originally brewed by Newfoundland Brewing in the late 1800s, and which Molson has owned since buying the independent brewery in the 1960s.

The release of the new beer was reported by Atlantic Canada news website Saltwire:

“It was really just to give our India drinkers a little different flavour out there,” Jason Hull, area sales manager for Molson in Atlantic Canada, explained. “We have lots (of IPAs) in our portfolio. We can get beers from B.C., get beers from anywhere we want and get an IPA. But there was something about having it made [in St. John’s] and putting the India name on it that made it kind of special for us and the people at the brewery.”

The Newfoundland Brewing Co. did have its own IPA decades ago, but it’s not serving as a direct inspiration for the new brew’s recipe. Hull said the India Beer IPA has a hazy look and tropical notes in its taste, making use of Citra, Mosaic and El Dorado hops.

“It’s very sessionable,” Hull said. “It’s for someone that wants to sip on a couple of them. It’s pretty easy drinking.”

India Beer IPA is available now at NL Liquor stores, and on tap at select bars.