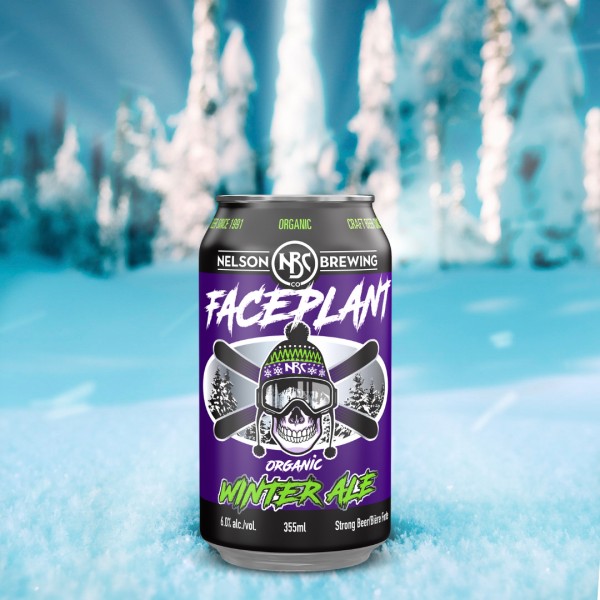 NELSON, BC – Nelson Brewing has announced that one of its longest-running beers has been given an updated look for its 20th anniversary.

We brewed this beer as the ultimate reward after a long day’s ride and 20 years later Faceplant is still going strong. Hints of chocolate, molasses and brown sugar, with a mild sweet finish. This crisp, fresh in season dark ale pours brown in colour with a smooth, creamy head.

The newly designed cans of Faceplant will be available at Nelson Brewing and select liquor stores throughout British Columbia and Alberta.