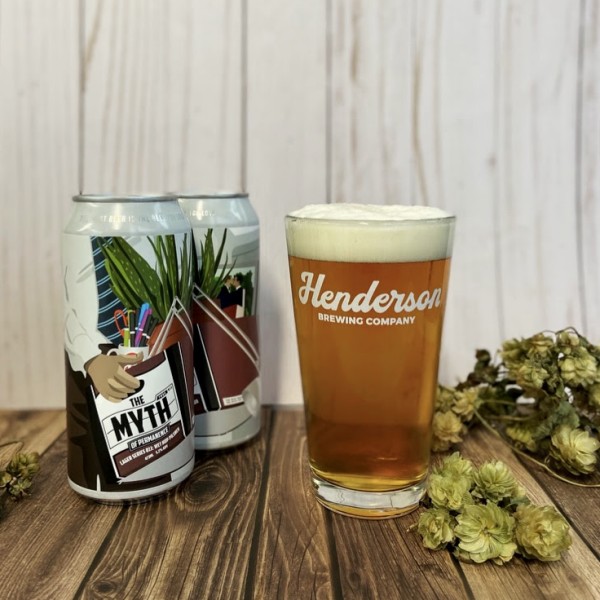 TORONTO, ON – Henderson Brewing has announced the latest release in The Myth of Permanence, a monthly series dedicated to exploring the many styles of lager.

Myth of Permanence 013: Wet Hopped Pilsner (5.2%) was made using fresh Santiam hops from Goodlot Farm & Farmstead Brewing which went into the brew the day after they were harvested.

This wet hopped pilsner is bursting with fresh hop aroma and flavour! Prominent notes of doughy malt, as well as the subtle flavours of mild citrus and grass, lead the way with a sweet start. Then enter the spicy and floral hops – giving the beer a firm bitterness and dry finish. Light in body, though not in flavour – this pilsner is unlike anything you’ve ever had.

Myth of Permanence 013 is available now at the Henderson Brewing retail store and online shop.