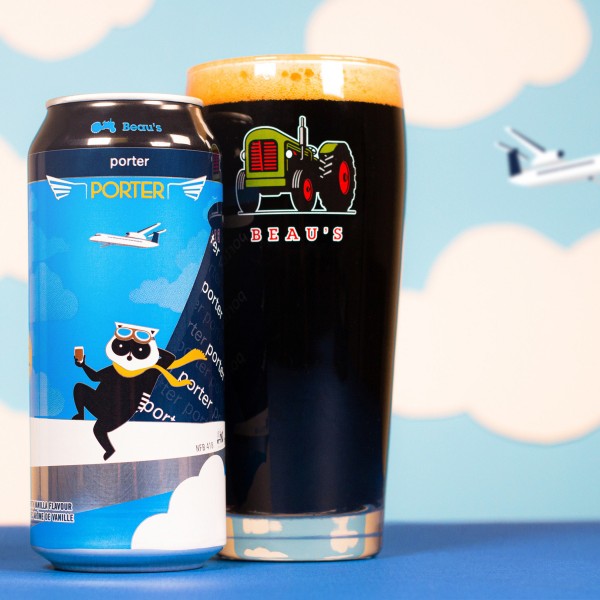 VANKLEEK HILL, ON – Beau’s Brewing has announced the release of a new beer in collaboration with Porter Airlines.

Porter Porter (5.6% abv) is described as “a malty dark ale with notes of espresso, chocolate and vanilla, [and] a complex and flavourful character with a slightly dry finish.”