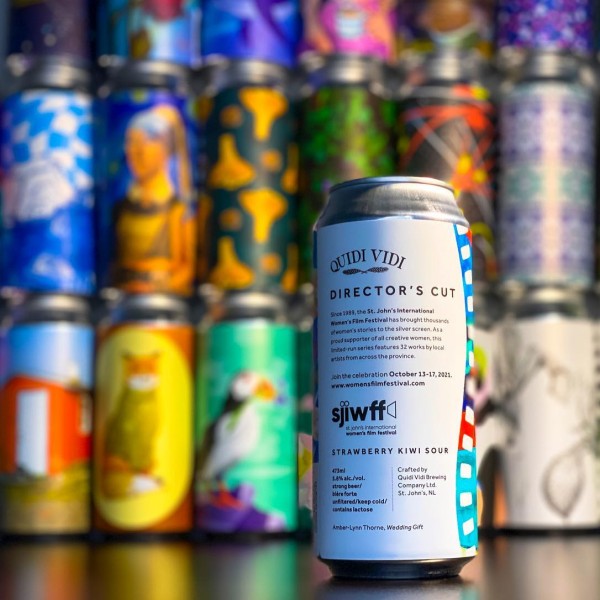 Director’s Cut (5.8% abv) is a Strawberry Kiwi Sour that has been released in a series of 32 different cans, each featuring artwork by a local female artist.

Director’s Cut is available now at both Quidi Vidi retail shops and the brewery’s online store, as well as NLC and convenience store locations throughout the province.

The 32nd annual edition of SJIWFF takes place from October 13th to 17th, with 12 feature films and 6 short programs streaming online for the run of the festival.