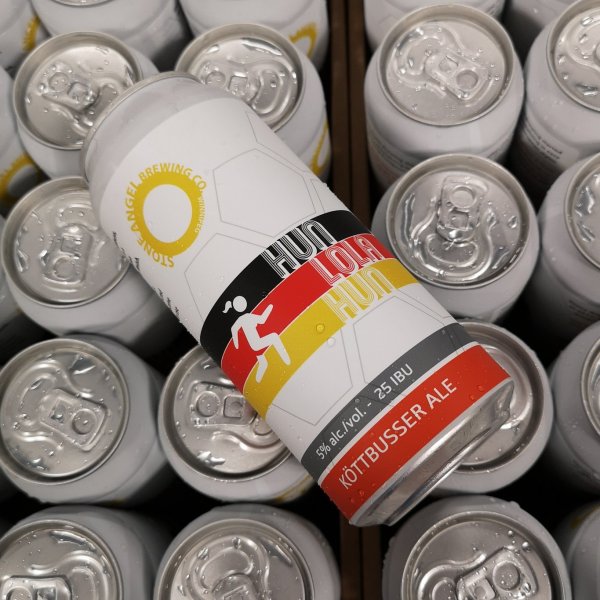 WINNIPEG, MB – Stone Angel Brewing has announced the return of their version of a rarely seen historic German beer style.

Named after the German town of Kötbuss, southeast of Berlin, the Köttbusser is a lagered honey wheat ale with a golden hue, subtle spice complexity and a dry finish similar to an Altbeer. In 1877, the introduction of Germany’s Reinheitsgebot beer purity law restricted the definition of beer to include only barley, hops, and water, this beer style became illegal to brew commercially due to its use of wheat, honey and molasses and thus the beer fell into obscurity.

Hun Lola Hun is available now at the Stone Angel taproom and online shop, and select beer retailers in Winnipeg and area.