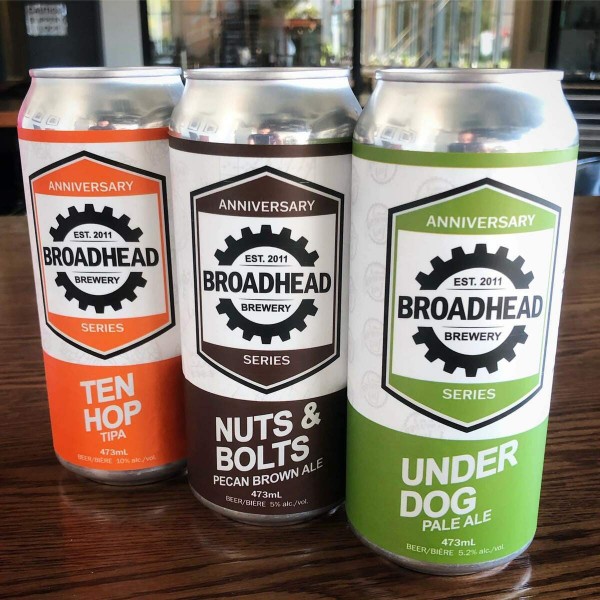 OTTAWA, ON – Broadhead Brewery has reached the milestone of a decade in business, and is marking the occasion with the release of a trio of new and returning beers, as well as several 10th birthday events at the brewery.

The beer releases include:

Underdog Pale Ale (5.2% abv) – “A throwback to the first beer we ever made, with a few slight tweaks as we’ve gotten older and wiser. A citrus hit to the nose followed up with some more citrus and grapefruit flavours balanced by a malty sweetness and a hoppy bite.”

Nuts & Bolts Pecan Brown Ale (5% abv) – “Malty-rich aromas & flavours of caramel and nuts with hints of dried fruit and slightly bitter finish. A slice of pecan pie in a glass.”

Ten Hop TIPA (10% abv) – “We’ve packed ten different hops into this heavy hitting Triple IPA as a special ode to our anniversary year. This West Coast style IPA is a flavour journey meant to be sipped and savoured.”

All three beers are available now at the Broadhead taproom/retail store and online shop.

For more details on the anniversary events which include trivia and bingo nights, live music, and more, see the Facebook event listing.