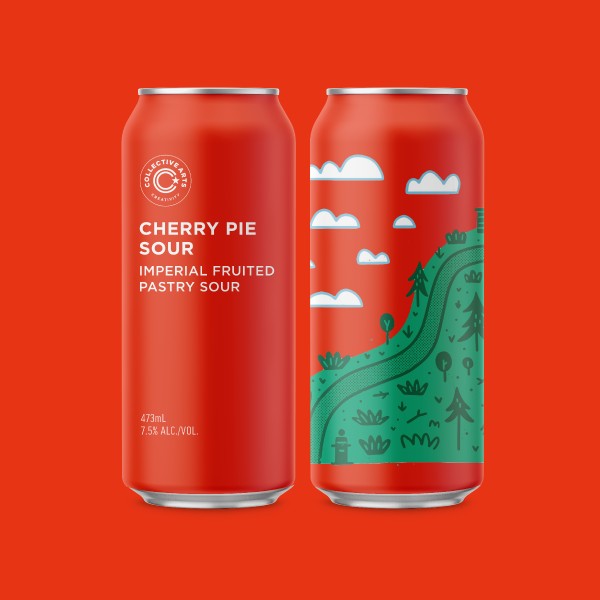 TORONTO, ON – Collective Arts Brewing has announced that a beer originally brewed in a small batch at the Collective Arts Toronto brewpub has been brought back for a larger release.

There’s nothing wrong with a little dessert! We used a blend of sweet and sour cherries, with just a touch of almond and vanilla. This makes for a tart, refreshing sour that’s balanced by a hint of sweetness. It really is like biting into a slice of cherry pie with a graham cracker crust!

Cherry Pie Sour is available now at the Collective Arts retail stores in Toronto and Hamilton, and the brewery’s online shop.