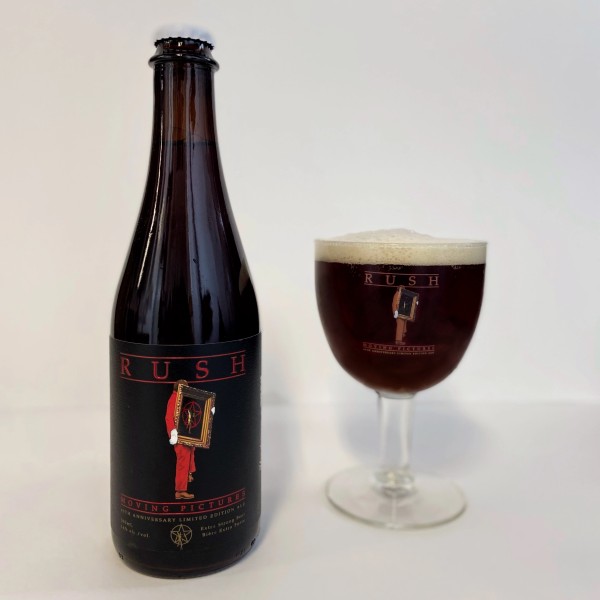 TORONTO, ON – Less than two months after the release of their first collaboration, Henderson Brewing and Rush have announced a new beer to mark the 40th anniversary of the one of the legendary band’s most iconic albums.

A Belgian Dark strong ale with Riesling Must, this ale pours a gorgeous deep, ruby colour with a fine, tan head. The taste is complex, with notes of dark fruit pudding, toffee, dates, cherries, honey, bread crusts and a slight booziness. Perfect for aging, this limited edition ale makes a great holiday gift.

Moving Pictures Ale is available now at the Henderson Brewing retail store and online shop, along with a limited edition branded chalice-style glass. It will also be available at select LCBO stores in Ontario while supplies last.