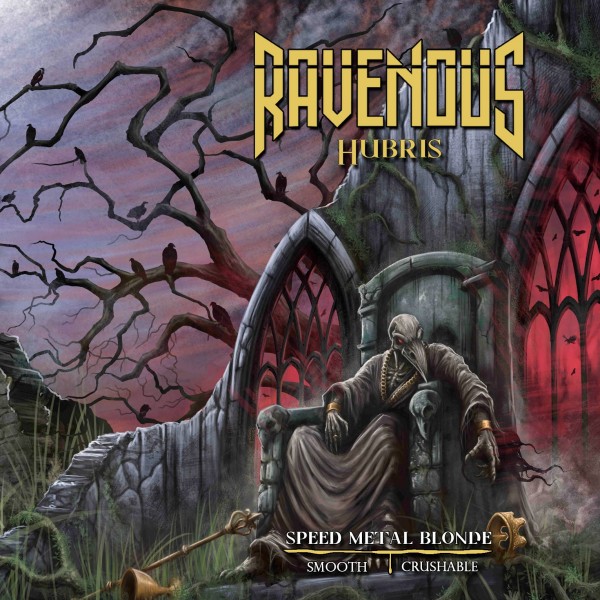 The beer is a smooth and crushable Blonde Ale for those in league with the craft beer devil, with a sophisticated and nuanced profile. Crisp, clean and refreshing, yet metal enough to be the crowd favorite at shows. Ingredients are water, yeast, barley, and hops, with oats added for a fuller body and additional sweetness.

Speed Metal Blonde will be available at upcoming Ravenous live shows, including their album launch show on Friday October 15th at Dickens in Calgary.

Hubris will be officially released on October 22nd via Feast Beast Records in North America and Europe, and Spiritual Beast in Asia.