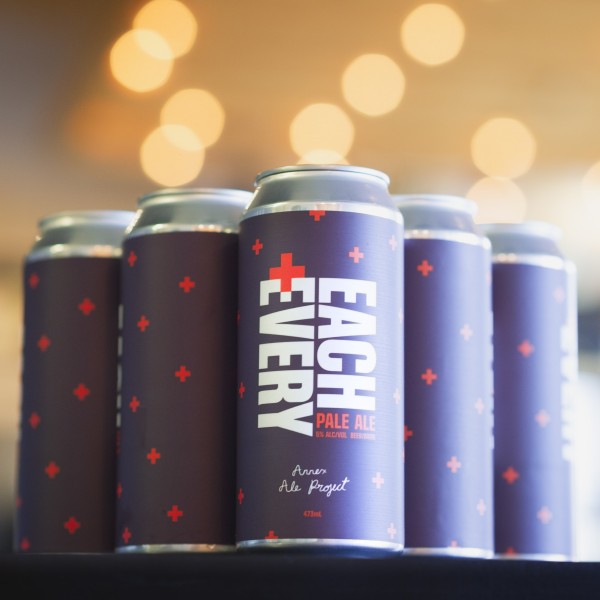 CALGARY, AB – Annex Ale Project has announced the release of a new beer “in support of harm reduction and to help end drug poisonings,” along with an invitation to other breweries to do the same.

This Pale Ale is hazy with notes of orange, lime, and melon. It has a distinct spice aroma from Noble hops and has a clean, biscuity finish.

EACH+EVERY Pale Ale is available now at the Annex taproom and select bars and beer retailers in Alberta, with partial proceeds going to EACH+EVERY, an initiative that “aims to reduce preventable overdose deaths and help build a more fair and compassionate community by adding the voice of businesses to accelerate drug policy reform.”

Annex will also be releasing the recipe, label, and other material for the beer as open source documents that can be used by any brewery in Canada to produce and release their own version in support of EACH+EVERY.