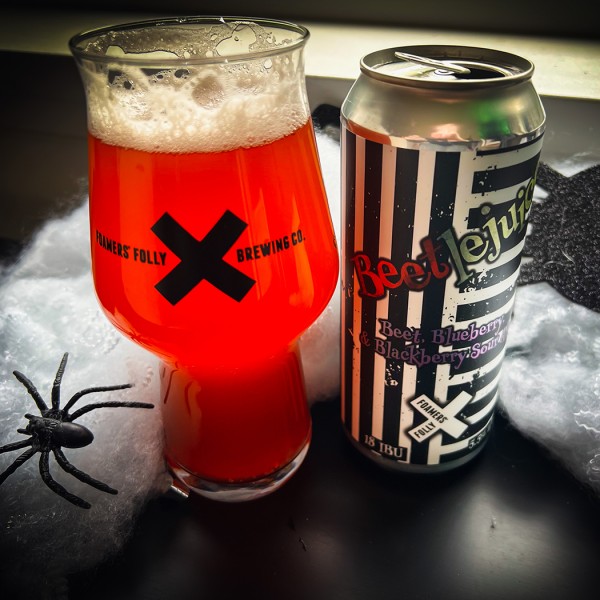 PITT MEADOWS, BC – Foamers’ Folly Brewing has announced the return of its “most sought-after Fall/Winter beer of all time!”

“I myself am strange and unusual” – like Winona Ryder, this beer too is unique. Pumped up by the addition of beetroot, blackberries, and blueberries, Beetlejuice is a puckeringly sour and deliciously juicy beer.

Beetlejuice is available now in the Foamers’ Folly retail store and online shop, and select beer retailers in British Columbia.