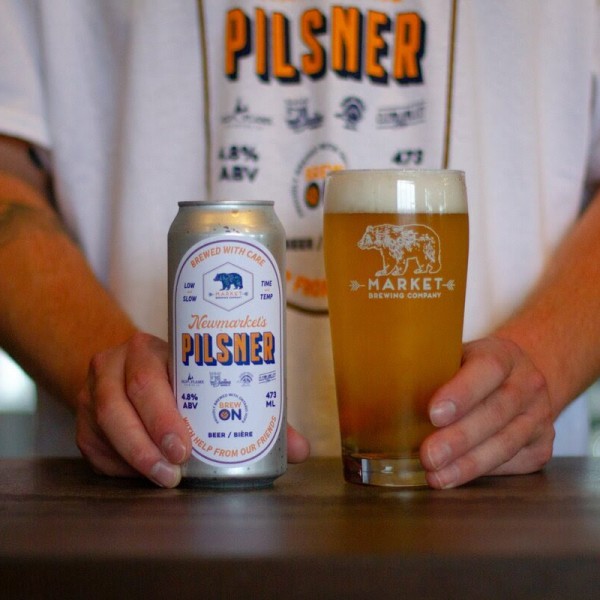 NEWMARKET, ON – Three breweries in Newmarket, Ontario, plus one a bit further north, have announced the release of a new collaborative beer.

We wanted to welcome the newcomers to the area, so we combined forces and created a recipe for a Pilsner lager. Pilsners are the most commonly enjoyed beer in the world, so we wanted to create something that everyone in the community could appreciate. Using all Canadian barley malt, and Ontario hops grown by Clear Valley Hops.

Lagers aren’t easy to brew. They require a special lager yeast strain, which we doesn’t usually use. Thankfully Old Flame was generous enough to lend some of their house lager yeast for the collaboration. This lager yeast ferments at a lower temperature than an ale yeast, and takes a bit longer. After primary fermentation, the lagering, or cold conditioning process starts. This is a temperature controlled aging process. The beer is stored cold for upwards of a month. This allows the beer to mellow and create a clean, smooth flavour.

Newmarket’s Pilsner is available now on tap and in cans at all four participating breweries, as well as via the Market Brewing online shop.