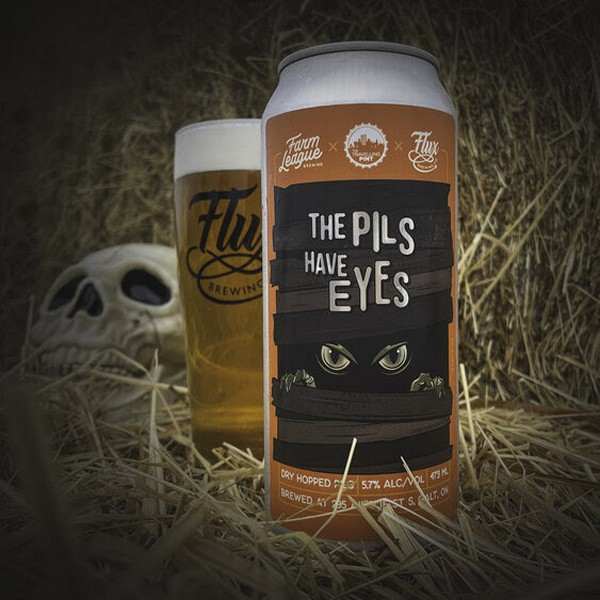 SCOTLAND & CAMBRIDGE, ON – Flux Brewing and Farm League Brewing have announced the release of a beer brewed in collaboration with Tiffany Martin of The Travelling Pint especially for the spooky season.

The Pils Have Eyes (5.7% abv) is described as “a crisp, clean pilsner dry-hopped with Mosaic, Galaxy, Vic Secret and Simcoe for a punch of citrus and stone fruit.”

The Pils Have Eyes is available now at both breweries, as well as via the Flux Brewing online shop.