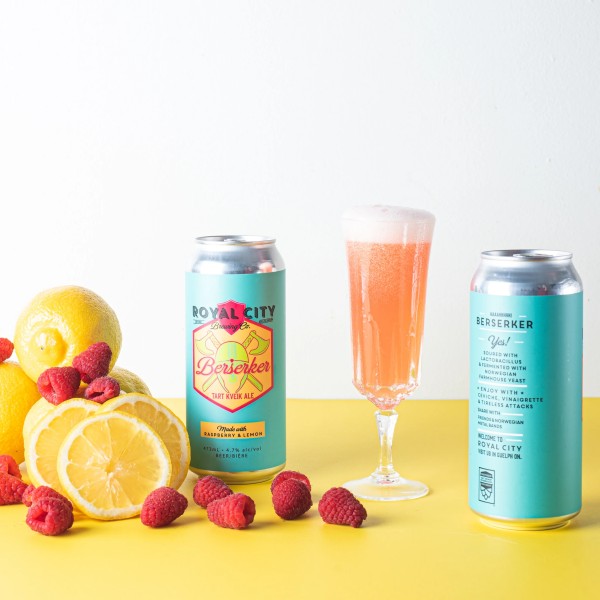 GUELPH, ON – Royal City Brewing has announced the release of the latest in its Berserker series of fruited sour ales.

This sour sensation pours a pleasantly light pink, with a stark white head. The raspberry comes through to ensure this drinks more tart than sour, with the Kveik providing a nice, dry backbone to the whole affair.

Berserker with Raspberry & Lemon is available now in the Royal City retail store and online shop.