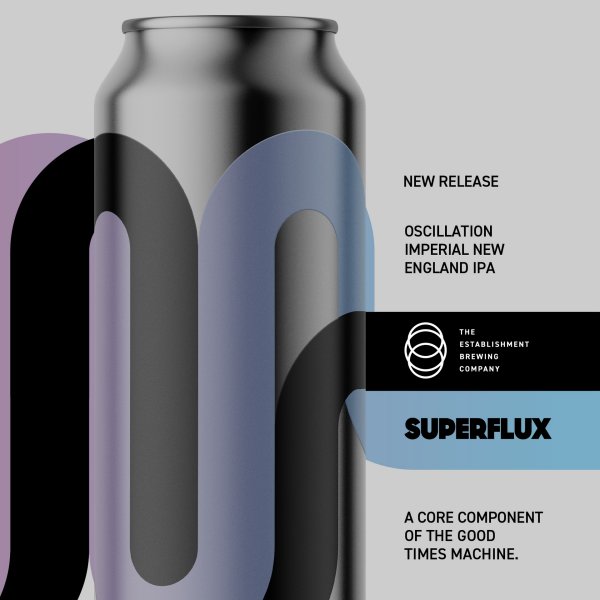 CALGARY, AB – The Establishment Brewing Company has announced the release of a new collaboration with Vancouver’s Superflux Beer Company.

Our two brewing techniques coalesced to make this bangin’ Imperial New England IPA that you could say oscillates between both of our breweries’ signatures. You could also say that helped inform its name.

Like all Imperial NEIPAs, this beer packs a punch, but the kind of punch that’s blunted by a cartoonishly large boxing glove. It’s concentratedly juicy and loaded with vitamin glee. We hope passersby can’t help but stop to taste the outcome of this hoppy medley, and we hope you enjoy drinking this every drop as much as we enjoyed brewing it.

Oscillation is available now at the Establishment retail shop and online store, and soon at select beer retailers in Calgary.