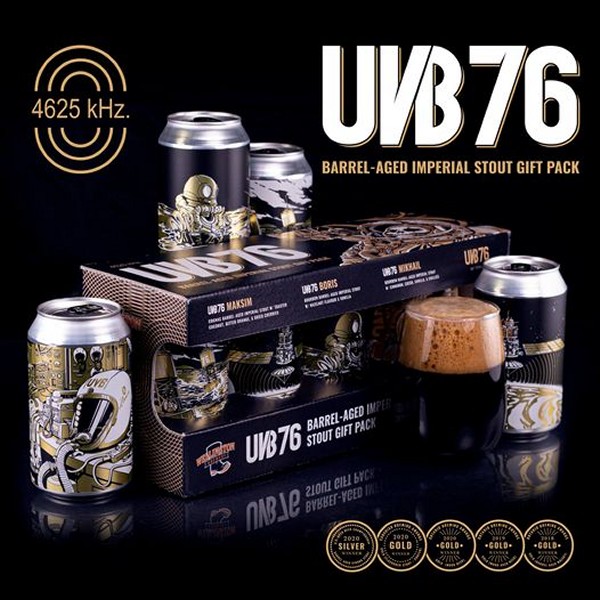 GUELPH, ON – Wellington Brewery has announced the release of its 5th annual seasonal quartet of limited edition barrel-aged imperial stouts.

UVB-76 (11.9% abv) takes its name from a mysterious shortwave radio station that broadcasts a repeating buzz tone that is occasionally interrupted by a voice in Russian that includes various names in its messages.

The four editions released for 2021 include:

This year’s UVB-76 series is available now in individual 355 ml cans at the Wellington Brewery retail store and online shop, plus in a special gift pack featuring Boris, Maksim, Mikhail and a branded glass, available at the brewery and select LCBO stores.

For more details, see the UVB-76 info page on the Wellington website.