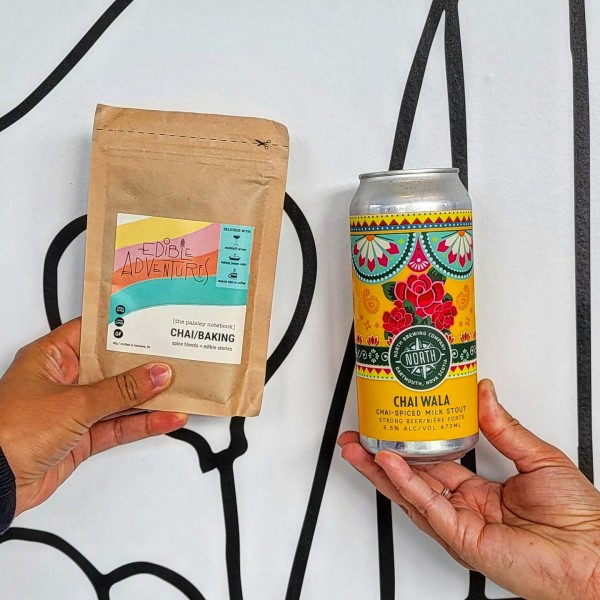 DARTMOUTH, NS – North Brewing has announced the release of a new collaboration with Aman Dosanj of Edible Adventures/The Paisley Notebook.

Made with a healthy dose of chocolate malt, oats, lactose, and the Edible Adventures Chai Spice Blend, this beer has “all the pelvic thrust action you’d expect from a retro Bollywood flick”, as Aman would say! We made Chai Wala using a double spice extraction, once on the hot side after the boil as well as on the cold side (sort of like a big tea bag of spices). The result is a rich, spiced stout reminiscent of a sweet cup of masala chai.

Chai Wala is available now at both North Brewing retail stores and the brewery’s online shop.