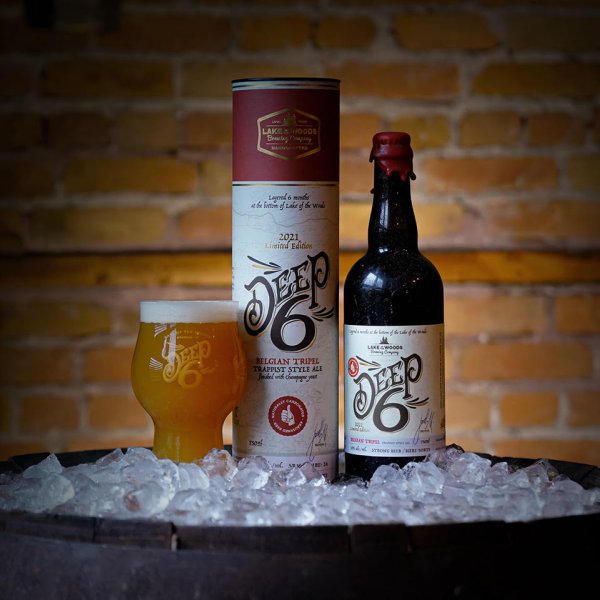 KENORA, ON & WINNIPEG, MB – Lake of the Woods Brewing has announced the latest in an annual series of ales that undergo a unique cold aging process before being released.

The Deep 6 project sees a new beer sunk into the brewery’s namesake lake each autumn, and cold conditioned for six months under 20 feet of ice in water with temperatures ranging between 4° and 10° Celsius.

This unique twist on a Belgian Tripel is finished with Champagne yeast on traditional Trappist Candi Sugar. Brewed with the addition of New Zealand fruit-forward hops that intermingle with the classic Belgian ester-heavy sensory created a complex, smooth beer with a slightly dry finish – we consider this to be the champagne of Lake of the Woods beers!