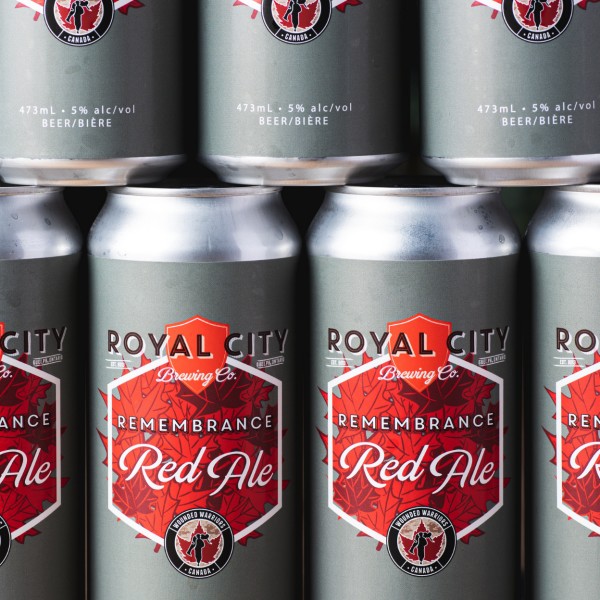 GUELPH, ON – Royal City Brewing has announced the return of an annual autumn seasonal that raises funds for a worthy charity supporting Canada’s military veterans.

A classic Irish Red Ale that pours a deep brownish red with a tan coloured head. With notes of biscuit that lead into a fruity middle, the beer finishes with a hint of earthy hop bitterness and a lingering hint of caramel. This is an easy-drinking, but full-bodied, beer with an interesting malt character, perfect for the beginning of fall.

Remembrance Red Ale is available at the Royal City retail store and online shop, and select LCBO locations. 50 cents from every can sold goes to Wounded Warriors Canada, which is “nationally recognized as a leading, independent, veteran’s charity focusing on mental health.”