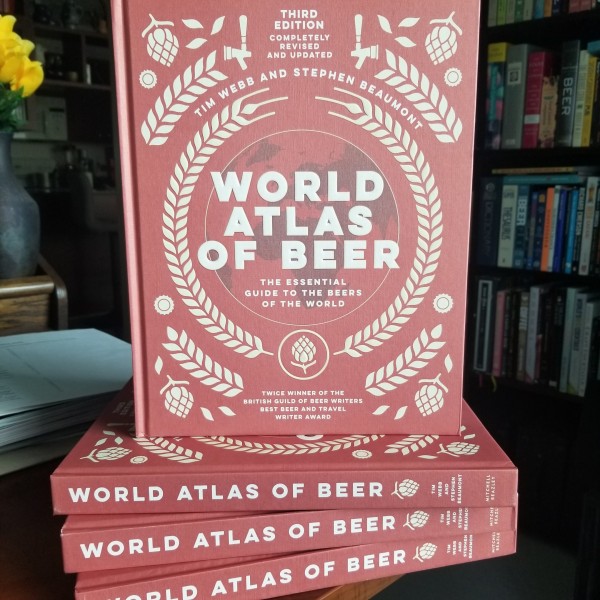 TORONTO, ON – Nine years on from its original edition, and five years after the second, the “completely revised and updated” third edition of The World Atlas of Beer is now officially available in Canada.

Coauthoured by Canadian beer writer Stephen Beaumont and his UK-based colleague Tim Webb, the Atlas – which is subtitled “The Essential Guide to the Beers of the World” – is described as follows:

As craft brewing continues to go from strength to strength across the world, World Atlas of Beer is the definitive and essential guide to beer. Understand the rich, multi-faceted traditions of Belgium, the Nordic legend that is Finnish Sahti, the relatively new phenomenon of the New England hazy IPA, and why Australia’s lower-strength beers are one of its great successes. With thousands of breweries now operating around the globe, and more opening every day, this is the expert guide to what is really worth drinking.

Country by country the book considers a vast range of brewing techniques, beer styles and traditions. Detailed maps describe crucial trends in major territories and features such as matching beer with food and how to pour different kinds of beer complete the picture.

Beaumont also notes on Twitter that “when we say ‘completely revised’ we mean ‘completely rewritten,’ including notes on the effect of COVID around the brewing world!”

The World Atlas of Beer is available now at online and bricks-and-mortar booksellers across the country, with a suggested retail price of $43.99.