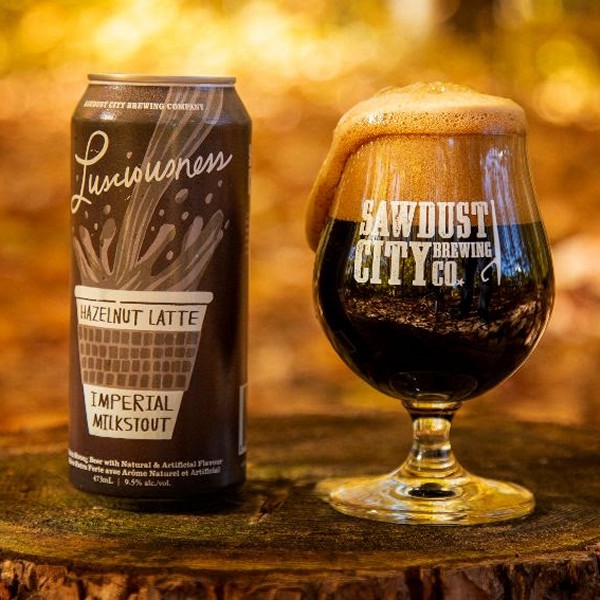 GRAVENHURST, ON – Sawdust City Brewing has announced the return of a limited edition beer that made its first appearance earlier this year.

Lusciousness is just that, luscious. Built on a silky bed of a crazy creamy imperial milk stout, flavours of hazelnut, coffee and vanilla meld together to create one delicious taste experience. Lactose was used to give a touch of sweetness and an even more ludicrously luscious mouthfeel. Aged on 35lbs of delicious Hondouran coffee beans from Quietly Coffee.

Lusciousness is available now at the Sawdust City retail shop and online store, and will also be distributed to select LCBO stores in December. Partial proceeds will be donated to Crafting a Cure and the Juvenile Diabetes Research Foundation.