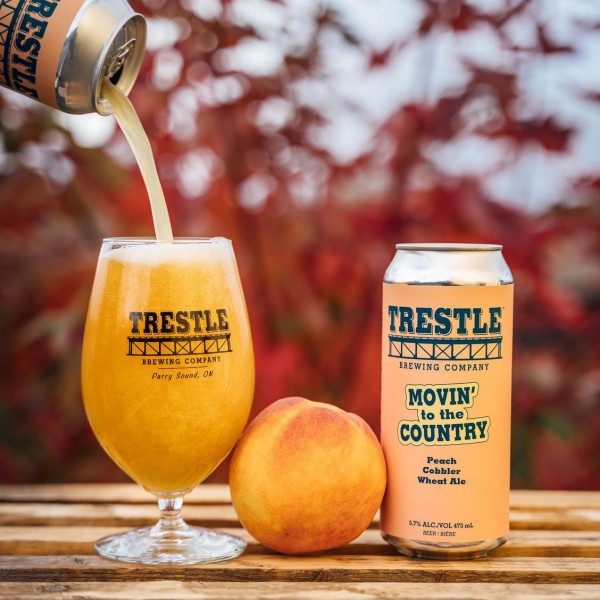 PARRY SOUND, ON – Trestle Brewing has announced the release of a new beer that is “an ode to one of our favourite tunes by The Presidents of the United States of America.”

We will be the first to admit that when our Brewmaster Matt Lyons came to the rest of the team with the concept for this beer, we were all a little skeptical. It went a bit like this…

”Peach cobbler beer, hmmm, that sounds kinda weird. What will it be like?”

Matt, as usual, was right. It really does meld together perfectly with a fluffy body, juicy peachiness, smooth vanilla and subtle cinnamon.

Movin’ To The Country is available now at the Trestle Brewing retail store and online shop.