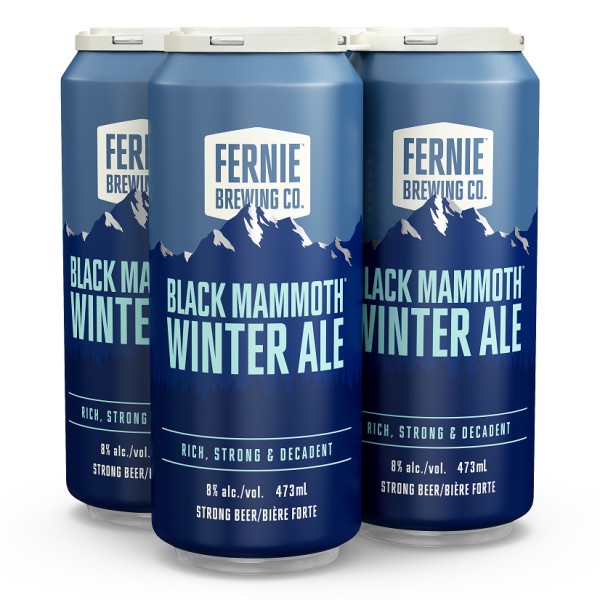 FERNIE, BC – Fernie Brewing has announced the annual return of a “a deliciously dark winter brew” that was launched in 2013 as part of the brewery’s 10th anniversary celebrations.

A strong winter Black Ale, with additions of Chocolate malt, plus dark organic Cocoa and Curaçao orange peel. Aging on oak adds smoothness and complexity. Big and boozy, Mammoth is perfect for sharing around a cozy fire in the depths of winter.

Black Mammoth is available now at the Fernie taproom and retail store, and soon at select beer retailers in British Columbia and Alberta.