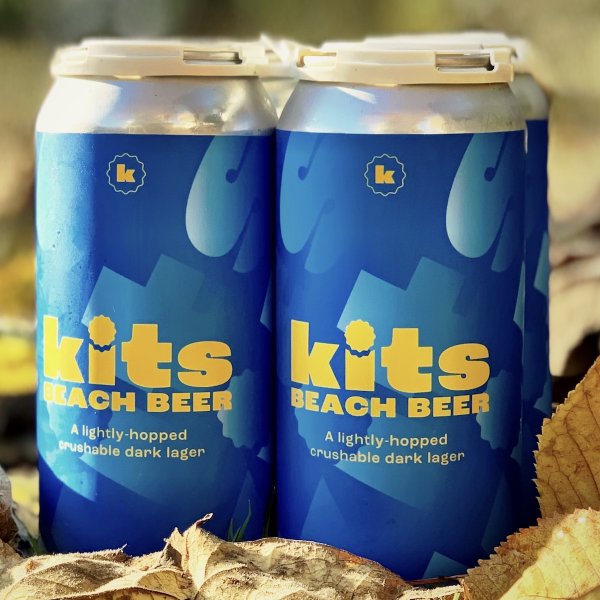 KITSILANO, BC – Kits Beach Beer has announced the launch of its second beer for “those who live in Kits, have lived in Kits, and wished they lived in Kits.”

Kits Dark Lager (5.4% abv) is described as a “Mexican-style lager, reminiscent of a Modelo Negra or a Dos XX Amber, featuring a hint of citrus hops and a dark roasted specialty malt giving it an espresso and chocolate aroma.”

Since zoning bylaws don’t currently allow for a brewing facility in Kitsilano itself, the company is currently having its beer brewed at Settlement Brewing, and is scouting for a location in the neighbourhood for a taproom and restaurant.