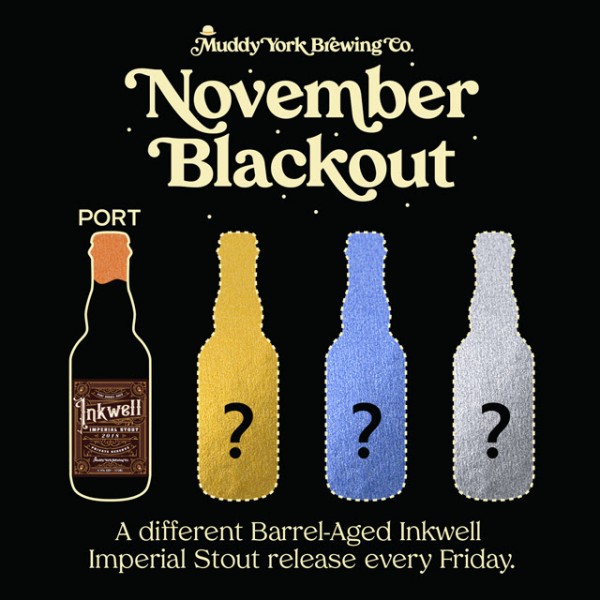 TORONTO, ON – Muddy York Brewing has announced the release of the first of four variants on it’s Inkwell Imperial Stout that will be released as weekly series dubbed November Blackout.

Port Barrel-Aged Inkwell will go on sale today (Friday November 5th) at 11:00 AM at the Muddy York taproom and online shop.