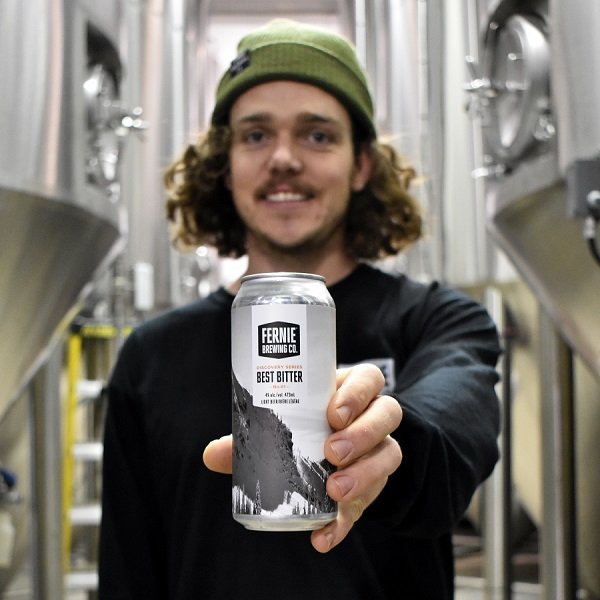 FERNIE, BC – Fernie Brewing has announced the first release in a new series of “exclusive and local-only” small batch beers.

A beer style which FBC Brewers have long been excited to brew, the Best Bitter is a light beer, brewed with a range of malts including Amber malt and Maris Otter Pale Ale, along with Fuggles and Celeia hops. Boasting a balanced bitterness and medium body, expect a refreshing low-ABV brew, complemented by low carbonation and a delicious malty flavour.

The Best Bitter can features a photo by local photographer Dale Montgomerie, and a call for photos to be featured on Discovery Series No. 2 is now open, with a deadline of November 17th.

Best Bitter will be launched on Friday November 12th at 12:00 noon in the Fernie Brewing taproom, and it will be available there and select local liquor stores while supplies last.