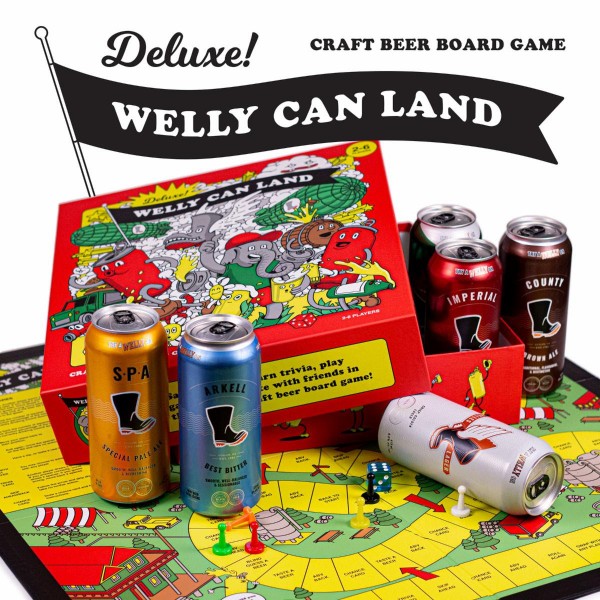 GUELPH, ON – Wellington Brewery has announced that a beer-themed board game originally released last year to make up for the cancellation of the 2020 Welly Cask Fest has returned in a new and improved edition.

Welly Can Land is described as “a custom-designed craft beer board game that combines beer trivia with some great tasting beers, a healthy dose of competition, and a bit of luck!”

This year’s deluxe version of the game features “a beautiful full-color game box and game board that comes with everything you need to challenge your friends while learning about craft beer through trivia, blind taste tests, mini-games, and more!”

Welly Can Land can be ordered now via the Wellington online store in an $80 bundle that includes the game and a mixed six-pack of the brewery’s year-round brands.