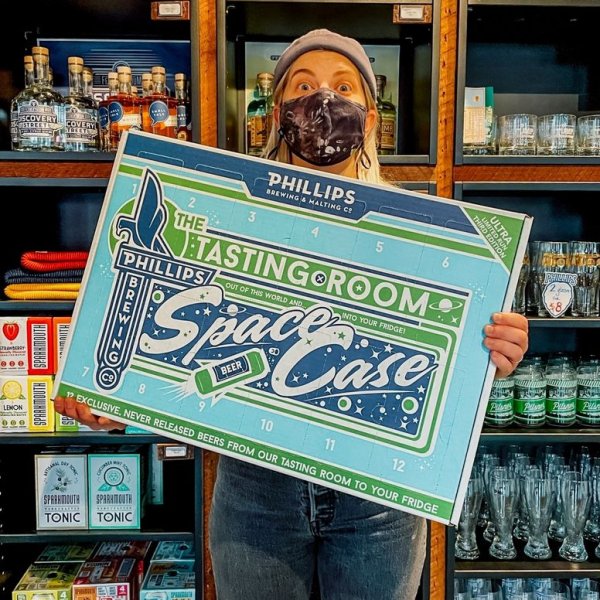 The Space Case is described as follows:

Be prepared for twelve exclusive and never released mystery beers from our Tasting Room that have been crammed into one limited edition case. Our brewers have let their imaginations run wild with these one of a kind brews and we’re sure they won’t disappoint! For those of you who haven’t had a chance to pull up a stool in our Tasting Room, we wanted you to experience the fruits of these creative brewing experiments that never get released outside of the brewery.

The Space Case is available now at the Phillips retail store, as well as select liquor stores in British Columbia, Alberta, Saskatchewan, and Manitoba while supplies last.