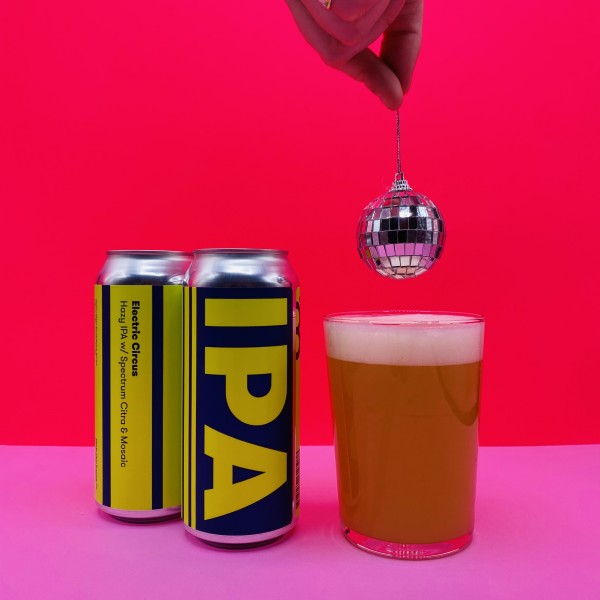 Electric Circus continues our journey into the oat heavy, softer side of IPAs, so expect a very creamy mouthfeel with an approachable sweetness. On the hops side we are playing with some of the usual suspects of Amarillo along with Citra and Mosaic Incognito, but for this doozy we have a new player in the form of “Spectrum” Citra & Mosaic for dry hopping.

“Spectrum” is a liquid form of hops that was created specifically for dry hopping, in an effort to reduce the high amount of plant matter typically associated with absurd dry hopping rates. Often when we try to push too hard on the dry hop we end up in grassy or even (dare we say) broccoli territory. This tech is meant to combat that vegetable creep and keep things in the “stupidly aromatic, yet still fruity” territory and we’ll be damned friends it works!