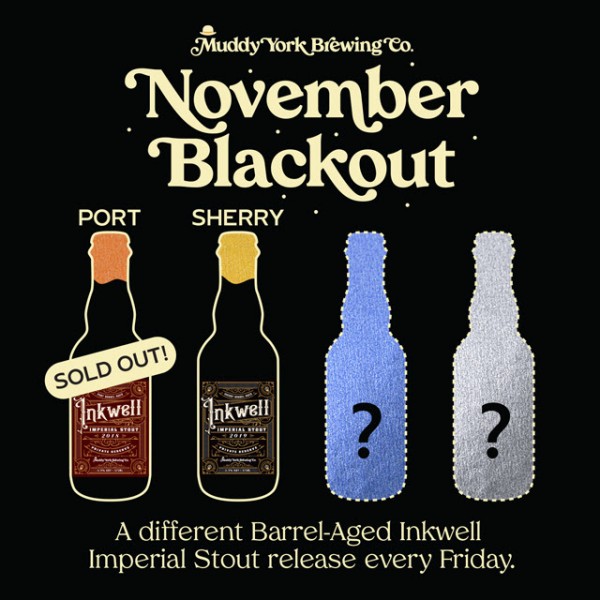 TORONTO, ON – Muddy York Brewing has announced details of the second of four variants on it’s Inkwell Imperial Stout that are being released in the weekly series November Blackout.

Aged in a Tio Pepe Fino Sherry Barrel, this beauty has notes of plum, molasses and dried fruit. All the quintessential Imperial Stout characteristics, for your sipping pleasure.

Sherry Barrel-Aged Inkwell will go on sale today (Friday November 12th) at 11:00 AM at the Muddy York taproom and online shop.