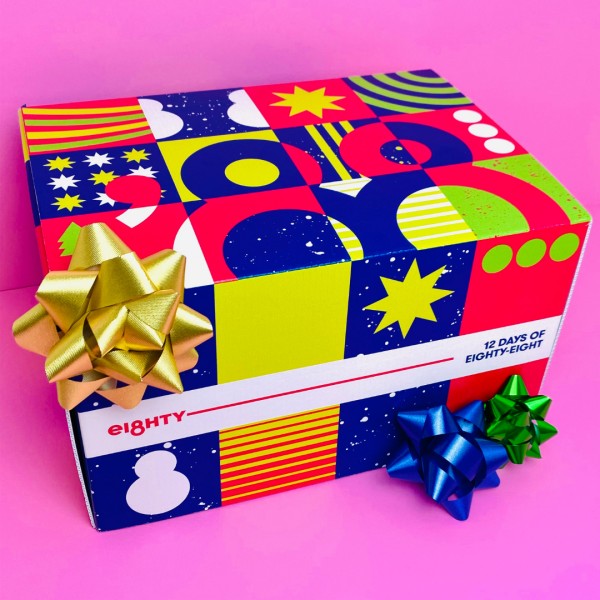 CALGARY, AB – Eighty-Eight Brewing has opened pre-orders for a “package of neon cheer that makes an excellent gift for anyone you love (yourself included!) with no wrapping required.”

12 Days of Eighty-Eight will feature a dozen beers – “some favourites, some seasonals and something new” – plus a special holiday gift, packaged in a limited edition box.

12 Days of Eighty-Eight can be pre-ordered now via the Eighty-Eight online store, and will be available for pick up at the brewery starting Thursday December 9th. The brewery suggests “enjoying from Dec 13- 24, but hey, start whenever you like!”