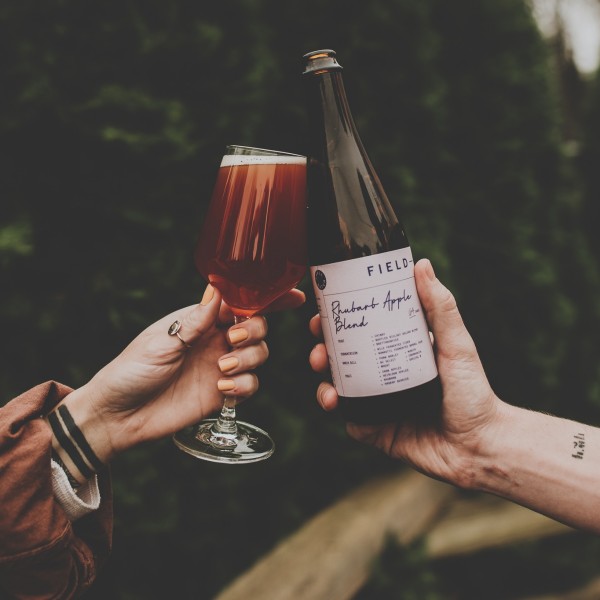 Harvested heirloom apples from Field House Farms, pressed at Taves Apple Barn and wild fermented over the winter. In June 2021, the fermented apples were then blended with barrels 74 & 75 in preparation for the inoculation of farm harvested Rhubarb and Haskap berries.

Rhubarb Apple Blend will be released tomorrow (November 18th) at both Field House locations and the brewery’s online shop.