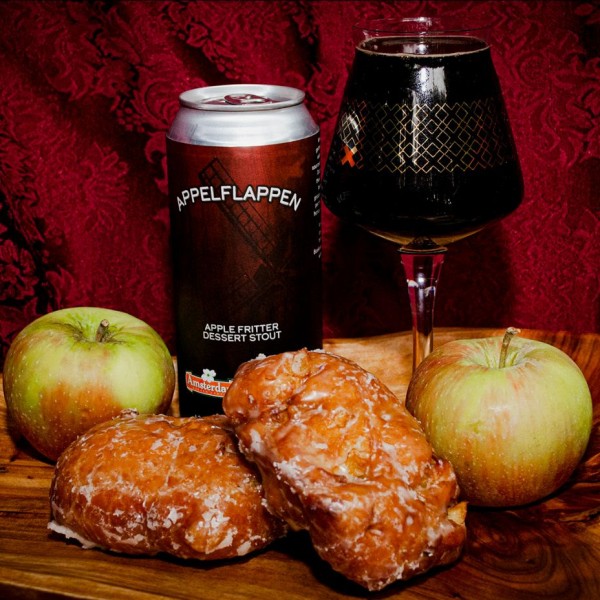 PITT MEADOWS, BC – Foamers’ Folly Brewing has announced the release of a new collaboration with Amsterdam Garden Centre.

When Amsterdam Garden Centre was just getting started in the 1970s, they wanted to add a bit of ‘home’ to their garden, so they sourced a local Belle de Boskoop apple tree – a Dutch favourite! After grafting that tree to their own apple trees, Amsterdam‘s orchard began to flourish. Those trees continue to produce delicious apples to this day which are perfect for baking, cooking, and beer. We are honoured to use these apples in Appelflappen!

What is Appelflappen you might ask? It is a delicious Dutch dessert similar to an apple fritter. In addition to Amsterdam Nursery’s Belle de Boskoop apples, Appelflappen was also brewed with cinnamon and lactose. As a result, this stout is rich, velvety, and subtly sweet.

Appelflappen Stout will be released at Foamers’ Folly tomorrow (Thursday November 18th) with a launch event starting at 4:00 PM, featuring complementary Apple Fritters from the Europe Bakery for the first 100 customers, and lounge decorations by Amsterdam Garden Centre.