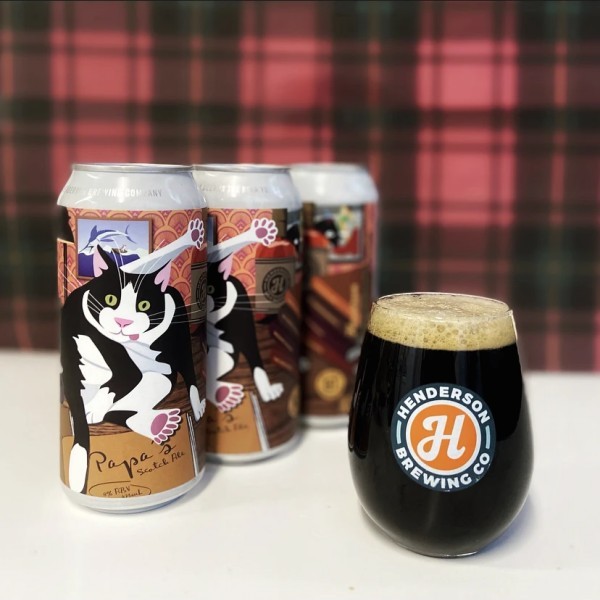 TORONTO, ON – Henderson Brewing has announced the latest release in its monthly Ides Series of small batch beers, with this month’s edition being inspired by the time spent in Toronto by a literary legend.

From 1920 to 1924, Ernest Hemingway worked for The Toronto Star and lived, on and off, in an $85/ month apartment on Bathurst St. north of St. Clair. Truth be told, he found the city’s squeaky-clean puritanical ways more than a little stifling and despised his editor, but he got by with ‘the occasional’ Scotch & Soda, as well as the company of his polydactyl cats.

In honour of Hemingway’s go-to Scotch & Soda, we have brewed our own ‘scotch’ – a warming scotch ale that showcases complex malt character of hearty bread, dark fruits and dark caramel. With a full body and notes of molasses, light roasted cocoa, plums, toasted bread crusts and a lingering sweetness, this beer is perfect accompaniment to sitting around a warm fire on a chilly evening. For full effect, drink in the company of a polydactyl cat.

Hemingway Scotch Ale is available now at the Henderson retail store and online shop. A launch event for the beer will take place at Henderson on Friday November 19th at 6:00 PM, with food by Chuckleberry Trading Co. and a literature pop-up by Sellers & Newell Second Hand Books.