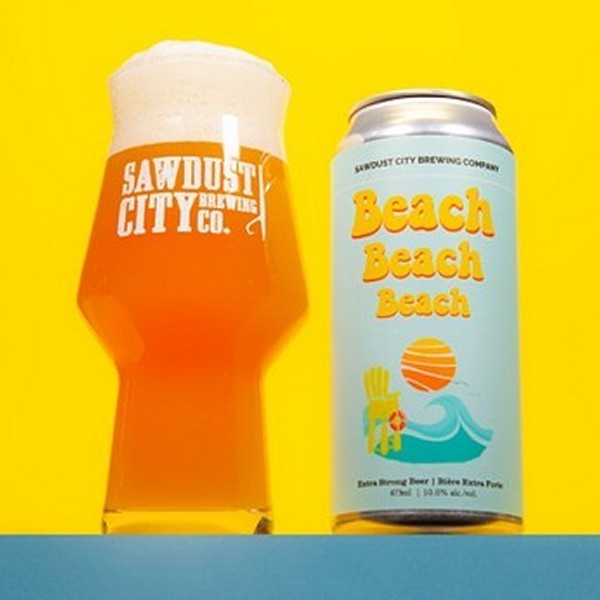 GRAVENHURST, ON – Sawdust City Brewing has announced the release of a new limited edition beer to mark the brewery’s 10th anniversary.

To celebrate the 10th anniversary of the release of our first ever beer, Golden Beach Pale Ale, we brewed a very special, super high octane version of this usually mild mannered sessionable ale. This IIIPA has the same base ingredients as Golden Beach, just insanely amped up. We also swapped out the yeast to bring in an extra layer of juiciness.

Pouring a beautiful spun gold with the heavy haze of a late August afternoon, Beach Beach Beach brings everything you want in a IIIPA. Fruity, tropical citrus vibes on the nose, with waves of grapefruit, tangerine and mango throughout the body. The addition of flaked wheat along with the elevated ABV, lends a soft, silky body that just washes across your tongue as the slight alcohol warming puts a glow in your cheeks. A low bitterness with a slightly lower attenuation amps the juiciness and helps this boozy beast drink slow and easy just like a day at the beach.