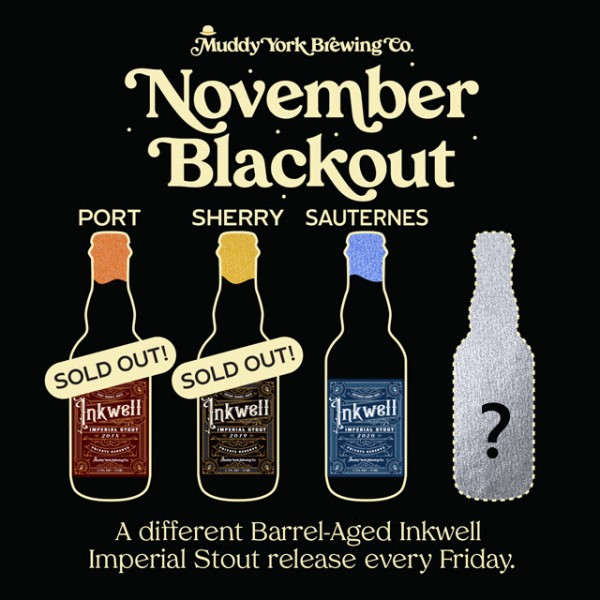 TORONTO, ON – Muddy York Brewing has announced details of the third of four variants on it’s Inkwell Imperial Stout that are being released in the weekly series November Blackout.

What the heck is Sauternes you ask? Sauternes is a French sweet wine from the region of Bordeaux. Usually about 13% ABV, the wine’s characteristics include apricot, peach and nutty notes. We love this French Oak barrel. Every beer it touches seems to have a special kind of magic.

Sherry Barrel-Aged Inkwell will go on sale today (Friday November 19th) at 11:00 AM at the Muddy York taproom and online shop.