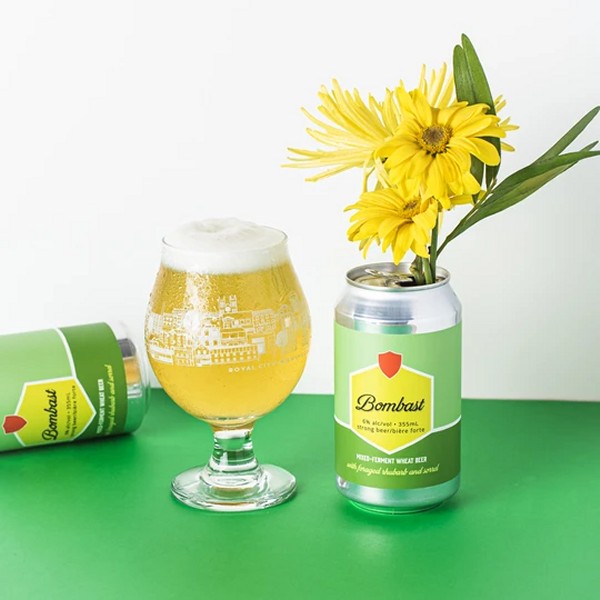 GUELPH, ON – Royal City Brewing has announced the release of a new beer that is “inspired by old school Berliner Weiss, but definitely it’s own thing.”

Bombast is a mixed ferment wheat ale 18 months in the making. The beer was fermented with Voss Kveik, Escarpment Labs Lactobacillus Blend, and Berliner Brett for 12 months. It then spent another 6 months sitting on wild rhubarb and sorrel foraged by Art of Soil Collective. Refreshing, easy drinking, yet still complex; think lemon rind, brioche, rock gardens after a rainstorm, and a hint of vanilla.

Bombast is available at the Royal City retail store and online shop.