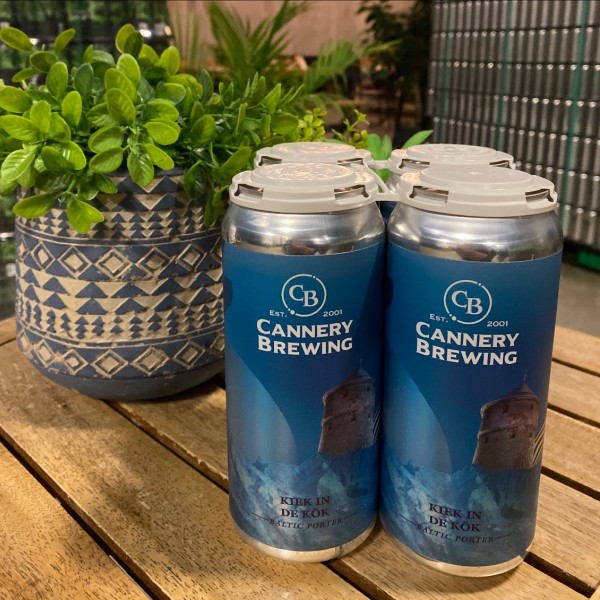 PENTICTON, BC – Cannery Brewing has announced the return of a seasonal beer that has now been folded into its ongoing It’s Not Magic, It’s Science series of beers that “give our brewing team a chance to explore new techniques in brewing science.”

Our classic Baltic Porter is brewed with malts from Red Shed Malting in Alberta and noble hops. It’s back with an updated recipe and a fresh new label designed by Super Deluxe Creative. The sweet, roasted flavour combined with its spark of dark fruit embraces the warmth of the alcohol. The dark lager characteristics allow a rich, velvety smoothness to blast through to the finish.

The label features an image of Kiek in de Kök, a cannon tower built in 1475 in Tallinn, Estonia. Its name translates from Low German to ‘Peek Into the Kitchen’, representing the fact that “from this tower, it was possible to watch what the enemy was doing in their ‘kitchen’.”

Kiek in de Kök Baltic Porter is available now at the Cannery taproom and store, and soon at select beer retailers in British Columbia and Alberta.