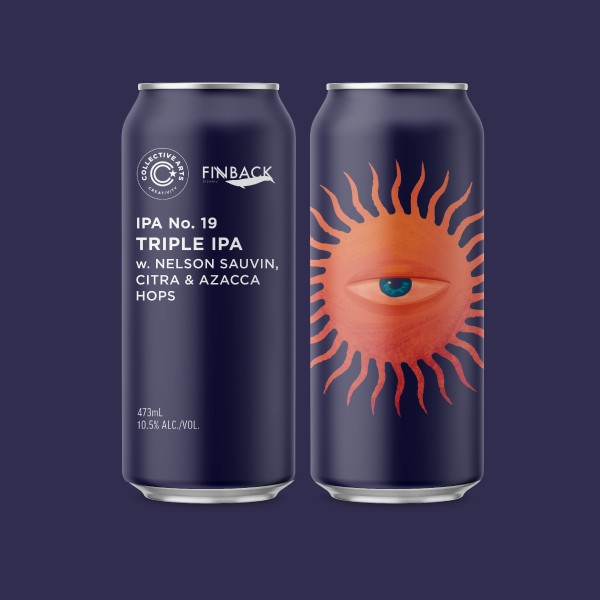 HAMILTON, ON – Collective Arts Brewing has announced the latest release in its quarterly series of limited edition IPAs.

For the second time in our IPA series, we have collaborated with one of our best brewing friends, Finback Brewery. Teaming up to make a monster TIPA (’t’ as in triple!) with some of the most amazing and sought after hops we can find: Nelson Sauvin, Citra and Azacca . We hope you like this hop-bomb, with its bright notes of passion fruit, mango, grapefruit and lime citrus, topped off hints of white wine and gooseberry.

IPA No. 19 is available now at the Collective Arts retail stores in Hamilton and Toronto, and via the brewery online shop. It will also be distributed to beer retailers in markets where Collective Arts beers are available.