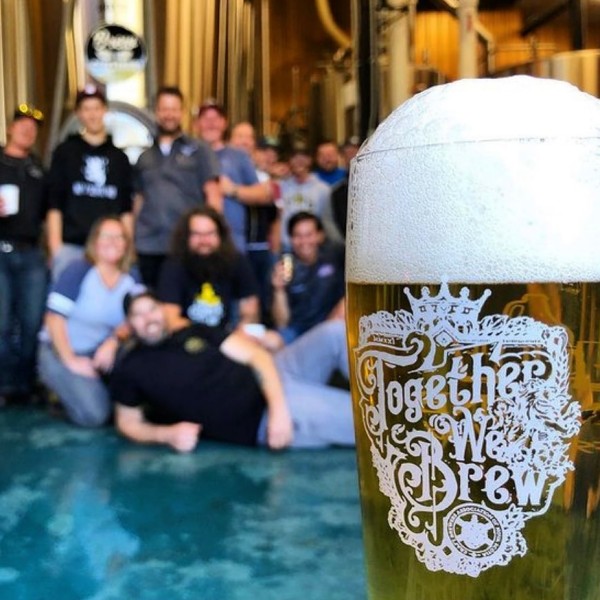 WOLFVILLE, NS – The Craft Brewers Association of Nova Scotia (CBANS) has announced the release of a new collaborative beer from several of its member breweries.

Together We Brew Lagered Ale (5% abv) was brewed last month at The Church Brewing in Wolfville with representatives from 16 other Nova Scotia breweries on hand for the brew day, along with sponsors Brew Culture.

Described as being “subtlety dry hopped” with Callista hops, and having “delightfully refreshing notes of peach, apricot and red berries,” Together We Brew is available now at NSLC locations throughout the province. Partial proceeds will go to CBANS to support its work representing and promoting Nova Scotia’s craft brewing industry.