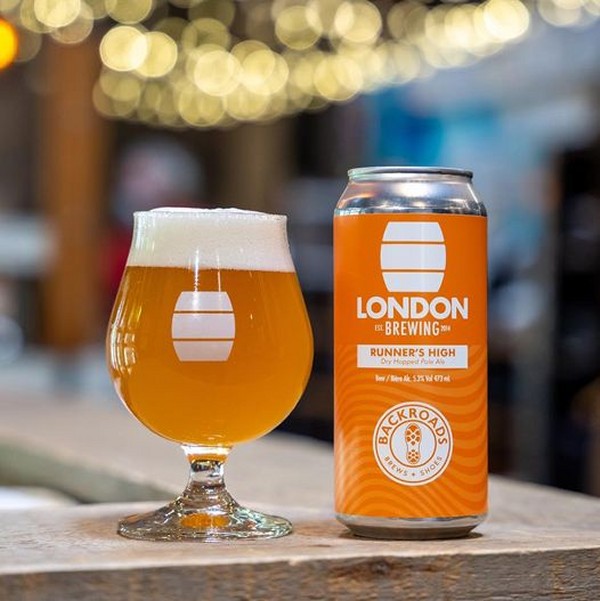 LONDON, ON – London Brewing has announced the release of its second collaboration with BackRoads Brews & Shoes, London’s only combination taproom and specialty running store.

Runner’s High is available now at the London Brewing taproom, retail store, and online shop, and will also be featured at the BackRoads taproom while supplies last.