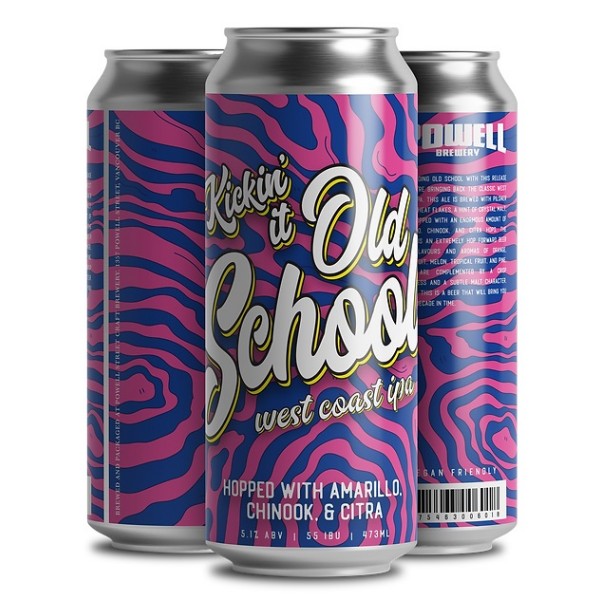 VANCOUVER, BC – Powell Brewery has announced the release of “a beer that will bring you back a decade in time.”

We’re going old school with this release and we’re bringing back the Classic West Coast IPA. This ale is brewed with superior pale malt, superior pilsner malt, wheat flakes, and a hint of crystal malt. Then hopped with an enormous amount of Amarillo, Chinook, and Citra hops. The result is an extremely hop forward beer with flavours and aromas of orange, grapefruit, melon, tropical fruit, and pine, which are complemented by a crisp bitterness and a subtle malt character.

Kickin’ It Old School will be available today (November 23rd) at 2:00 PM in the Powell Brewery taproom and store, and for delivery via BeerVan.