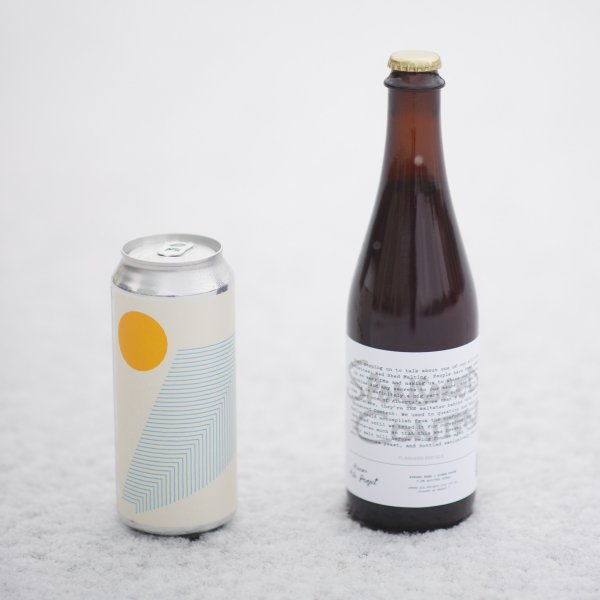 CALGARY, AB – Annex Ale Project has announced the release of two beers in styles that are new to the brewery.

Brewed with Orange peel and coriander, and for the first time ever, white wheat in the brewhouse. It’s fermented with Belgian Wit yeast, dry-hopped with Citra and Mandarina, and conditioned on Cara Cara Orange. Very few people know this, but we’ve never brewed with wheat. Some styles you just can’t do without it, so we are making a singular exception. For now.

Sponsored Content is our second Foudre-aged beer release this year. Fermented out Solera style and brewed exclusively with Red Shed‘s stellar malt combo of Newdale, Rocky Mountain, Amber, and Chocolate malts. Sponsored Content was left for over a year in wood, and it allowed the bacteria and Saison yeast to really do their thing. Featuring a fruit medley of cherry, orange, pear, and plum, a touch of chocolate, some Saison spice. It drinks sour with a touch of acetic acid and finishes dry and oaky.

Both beers are available now at the Annex taproom and retail store, as well as at select beer retailers and bars in Alberta.