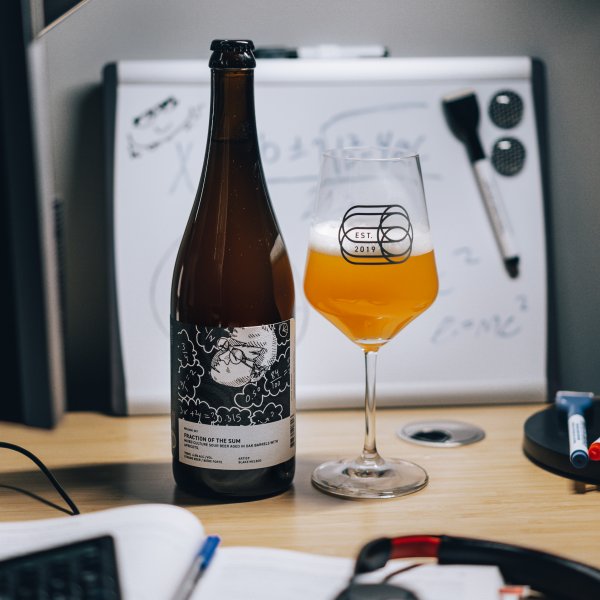 Far from built to spill, this golden sour with organic B.C. apricots was brewed to pour, and destined to become far greater than the sum of its parts—and by far more than just a fraction. It’s a mixed culture sour, aged on oak barrels and ripe with apricots. Like, 320g/L ripe with ‘em— all whole, fresh, and hand-pitted by us!

Then came over eight months of barrel fermentation, select-barrel blending, and a second fermentation(!) on ripe apricot for another three months. So, it should come as no surprise that it’s pretty fruit-forward, but its assertiveness is welcome because it yielded the best fruit character we’ve unlocked thus far by using stone fruit as a key ingredient.

We were able to bottle the brightness of the apricot’s mesocarp (flesh), the tartness of its epicarp (skin), and even a hint of amaretto from the endocarp (pit). In essence, we’re talking about a carp-load of fruited funk. What can we say? It’s golden, and you’re right to want to carry it home.

Fraction Of The Sum is available now at the Establishment retail store and online shop.